Home About The Freethinker
EEditorial

Secular Society Ltd. also has a long and proud history. Founded by G.W. Foote in 1898 as a way of evading legal barriers to the leaving of bequests to supposedly blasphemous freethought organisations, the arrangement was be tested in a ground-breaking court case, Bowman v. Secular Society Ltd. This was eventually decided in the Society’s favour by the House of Lords in 1917. In the case report, the Society’s aim was defined as being to ‘promote the principle that human conduct should be based upon natural knowledge, and not upon supernatural belief, and that human welfare in this world is the proper end of all thought and action.’

The Freethinker has always relied on the generosity of its readers to stay afloat, and is heavily dependent on its historic endowment. But our remaining funds do not cover our costs, and continued support from readers is vital in ensuring a sustainable future. All subscription fees, donations and legacies received from our supporters will be used to ensure that G.W. Foote & Co. Ltd. and the Freethinker can continue to promote ‘the best of causes’ (in the words of Foote’s friend, the novelist George Meredith) for many years to come.

We will not bore you with a long introductory address, containing a catalogue of promises that may never be kept. The Freethinker is an anti-Christian organ, and must therefore be chiefly aggressive. It will wage relentless war against Superstition in general, and against Christian Superstition in particular. It will do its best to employ the resources of Science, Scholarship, Philosophy and Ethics against the claims of the Bible as a Divine Revelation; and it will not scruple to employ for the same purpose any weapons of ridicule or sarcasm that may be borrowed from the armoury of Common Sense. During the summer months special attention will be given to the out-door advocay of Free-thought. Our first number will give a fair idea of the style in which the paper will be conducted.

Any competent Christian will be allowed reasonable space in which to contest our views; and if fuller opportunity is desired, the editor will always be ready to hold a public debate with any clergyman, minister, or accredited representative of the other side. 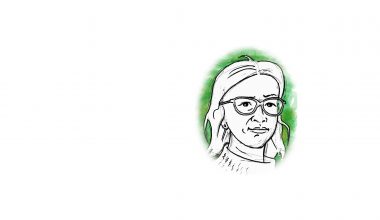 Read More
An atheist, so the saying goes, is someone with no invisible means of support. The Freethinker intends to…
EEditorial
On 8th March I spoke to Nathan Alexander and Todd Tavares for Episode 36 of the Beyond Atheism…