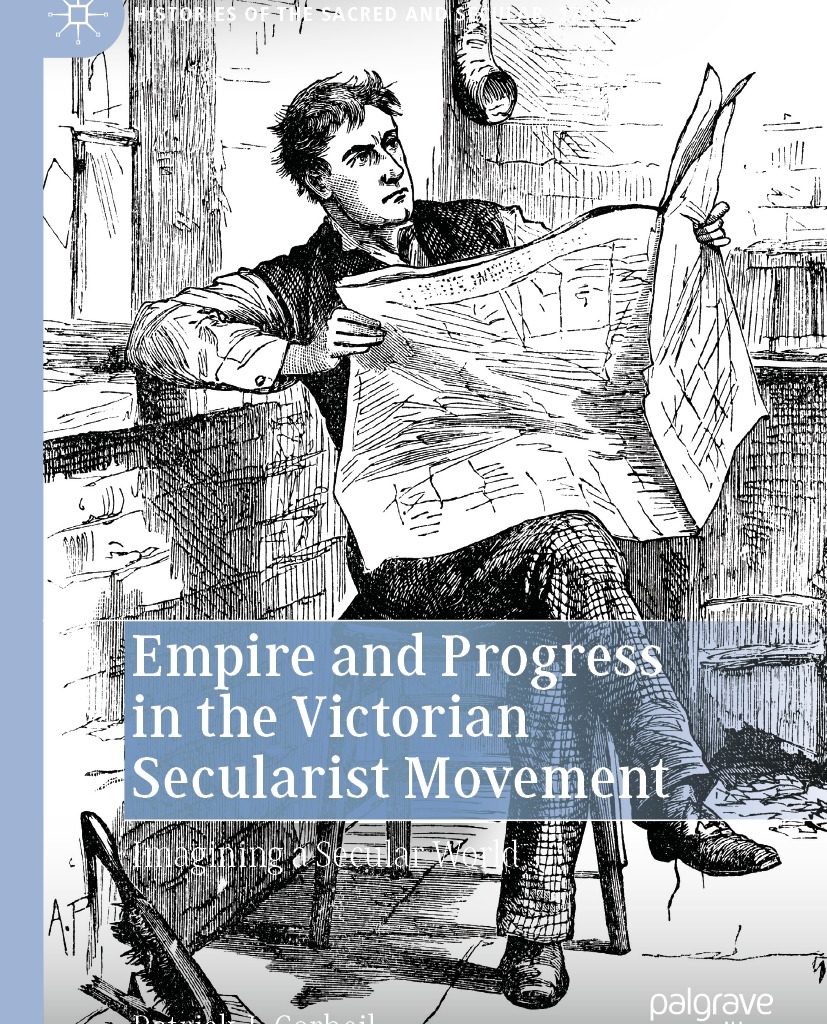 Home Secularism and the limits of progress?
RReviews

Secularism and the limits of progress?

We live today in a globalised world, where what happens on one side of our planet ripples across and impacts on the other. The Russian invasion of Ukraine, the pandemic, supply chain crises, and even Zoom calls across time zones remind us of this every day.

We sometimes imagine that this is a particularly new development. And certainly the pace at which we can travel and connect with people is unprecedented. But freethinkers like George Holyoake in the 1800s also lived in a globalised world.

Or maybe one might call it a globalising world. Over the course of the nineteenth century, the British empire, along with the empires of other European nations, gobbled up more and more territory in both hemispheres.

For people like Holyoake, Britain’s global empire was part of everyday life, with people, goods, and ideas from far-flung locations flowing in and out of Britain.

How this mattered for the development of British secularism is the subject of Patrick J. Corbeil’s new book, Empire and Progress in the Victorian Secularist Movement: Imagining a Secular World.

One key factor was how the expansion of the empire led to confrontations with new societies and new religions. Islam had been known for centuries, but Westerners in the nineteenth century were just beginning to learn more about Buddhism, Hinduism, and Confucianism, as information and translations of texts were introduced to Britain from explorers and missionaries in Asia – inevitably in a piecemeal and heavily slanted way.

Freethinkers were interested in these religions as a way to make Christianity seem strange and foreign – something not suited for British civilisation. They argued that Christianity was an offshoot, and an inferior one at that, of these eastern religions. Freethinkers never quite settled on a true origin for Christianity. Some located its origins in Egypt, via the Jews; others identified Buddhism as a likely precursor.

While Christians at this time studied non-Western religions as a way to find evidence for a universal belief in monotheism, freethinkers took much of the same data but applied it in a different way to suggest that Christianity was but a forgery of these other religions, or that all religions descended from the same basic superstitions.

Were these speculations about Christianity’s origins correct? Basically, no. Some were more or less far-fetched than others. The idea that Jesus himself was born into an ancient community of Buddhists, for example, strains credulity. Corbeil’s goal, however, is not to determine whether historical figures were correct or incorrect in their assumptions, but to understand how they thought, and why they used the arguments they did.

In any case, there was sometimes an ugly undertone of antisemitism to these investigations. The Bible was seen as morally revolting in a way connected with its supposedly Jewish character. For example, the freethinker Charles Southwell infamously spoke of the ‘revoltingly odious Jew production, called BIBLE.’

Yet when it came to the practicalities of Jewish rights, freethinkers and secularists were supportive. One anonymous author wrote in 1871, ‘our duty as Freethinkers in this matter is quite clear. We must, so far as we can, break down the bonds of theological hatred and injustice, whether directed against Jews or any other class of human beings.’

In the minds of secularists, progress through self-improvement, science, and education would one day create a virtual utopia. But how did all of these encounters with people beyond Britain’s shores harmonise with this idea of progress?

The belief in progress shaped how the secularists viewed people from other societies and other races. In so far as these foreigners were seen as natural secularists – as potential agents of progress – they were celebrated, especially when they seemed to offer non-theistic systems of morality.

But the belief in universal human progress hit a snag when it was confronted with the idea that some racial groups were simply inferior and incapable of progress. As I have tried to show in my own book, and as Corbeil documents in his, while some secularists embraced this ‘scientific racism’, not all did.

Even for many of those secularists who rejected biological racism, the groups who resisted imperial expansion were nonetheless viewed in a negative light. Worse still was when religious communalism provided inspiration for this resistance. The Maori King Movement in mid nineteenth-century New Zealand, for instance, was infused with prophetic ideas from the Old Testament. In the minds of the secularists, a backward people adopting a backward religion equalled inevitable extinction in the face of progress – though this idea brought them little pleasure.

In all colonial affairs, the secularists saw the introduction of religion as a disaster. Governing a religiously diverse empire actually made secularism, in their minds, all the more necessary, since, as George Holyoake noted, ‘among the 300 millions of population in the British Empire there were not more than 50 million of nominal Christians.’

Indeed, Britain’s government of India in the second half of the nineteenth century was actually a positive lesson for secularists. If, they argued, colonial administrators allowed Indians the right to be Hindus or Muslims, and to access justice on some kind of equal footing, there was no reason that atheists and freethinkers could not live equally at home.

Since so much of present-day atheist, secularist, and humanist thinking was forged in the nineteenth century, it is worth understanding today more about how exactly these freethinkers thought. We have inherited so many of their traditions – and also their contradictions.

In the nineteenth century, the secularists were mostly powerless against the Church of England, and, to a lesser extent, against other denominations. As Corbeil puts it, ‘secularism was first and foremost a self-defensive intellectual formation.’

But what happens when this defensive nineteenth-century ideology exists in a society where non-religious people now constitute a majority, even though religions continue to enjoy many privileges? Furthermore, how do ideas about hopelessly backward religious ‘others’ and their incompatibility with progress play out today?

In the conclusion, Corbeil briefly discusses contemporary issues, including the ‘clash-of-civilisation’ rhetoric of people like the New Atheist author Sam Harris, as well as the issue of Muslim immigration into the UK. The National Secular Society calls for an end to communal faith schools, extra-legal courts like sharia councils, and education that would end the demand for such things. Corbeil, however, wonders whether this leaves new immigrants only with ‘the atomism of secular individualism’ and whether it ignores the possibility that these people ‘might have rational, or at least reasonable, grounds for remaining committed to their traditions, and for asking for accommodation for those practices.’

I would counter that the choice is not really so stark, nor so bleak. And furthermore, campaigners, including those such as Maryam Namazie who come from minority backgrounds, have argued that preserving these traditions can actually come at the expense of the ‘minorities within minorities’, in particular women and LGBT people.

I think Corbeil would recognise these problems, but he might also say that such noble goals have often covered up an uglier history in which a supposed defence of rights by a Western power has actually been an impetus for greater control and indeed oppression of such groups.

The issue cannot be resolved definitively here, nor in Corbeil’s book, as he readily admits. But understanding this complicated history is critical as we confront these thorny issues in an increasingly secular world.

Nathan G. Alexander is the author of Race in a Godless World: Atheism, Race, and Civilization, 1850-1914 and the co-host of the Beyond Atheism podcast. He holds a PhD in modern history from the University of St Andrews.

Blasphemy Month at the Freethinker

Secular conservatives? If only...

Nathan G. Alexander is the author of Race in a Godless World: Atheism, Race, and…